Teens around the country picked these ten books as their favorites:

Check one out today!

Don't Get Caught
Kurt Dinan
Think of all the pranks you have ever wanted to pull.  The pranks in this story will top your wildest dreams. Don't Get Caught is the story of a competition between two teams of pranksters. The new kids on the block vs. the anonymous Chaos Club. In this war, cunningness and lots of luck will be the way to victory. Let the pranks begin!

Scythe
Neal Shusterman
Humanity has overcome hunger, disease, war and even death. Now only Scythes can take life. What will happen to Citra and Rowan when they are chosen to be Scythe apprentices? Follow them as they struggle with their task and morality.

The Sun is Also a Star
Nicola Yoon
Natasha and Daniel are polar opposites - Tasha believes in reason, science and things that can be proven. Daniel is a poet at heart and believes in Fate, the "meant to be," and true love. When circumstances beyond their control force them together, they have exactly one day - one day to stop Tasha's family from being deported, one day for Daniel to realize that doing what's expected of you doesn't mean you should do it. And above all else, one day to fall in love.

Lady Midnight
Cassandra Clare
It's been five years since the events of City of Heavenly Fire that brought the Shadowhunters to the brink of oblivion. Emma Carstairs is no longer a child in mourning, but a young woman who just wants to prove that her parents weren't killed by Sebastian in the Dark War. Now she has the chance to do just that, and get Mark back from the wild hunt.

This is Where it Ends
Marieke Nijkamp
Four students, all connected in one way or another, speak from their perspective over a terrifying 54 minutes when, after a school-wide assembly, the auditorium doors won't open and someone begins shooting.

Heartless
Marissa Meyer
The infamous line "Off with his head!" made her a terror in Wonderland. But before that she was just a girl with a dream, who fell in love. In this curious prequel inspired by Lewis Carroll's famous Alice in Wonderland, Meyer's tale of eccentricity, phenomenon and ultimately, ruination will keep you on the edge of your seat as you realize how Cath led her life to become the Queen of Hearts.

P.S. I Like You
Kasie West
Music has the power to bring people together. When Lily writes a lyric of her favorite indie band on her desk, someone else responds. Lily and her mysterious friend seem to get closer and closer through their anonymous notes. What happens when she finds the true author of the notes?

Love & Gelato
Jenna Evans Welch
After the death of her mother, Lina goes to visit Italy at her mother's wish, as she'd lived in Italy for part of her life and loved it immensely. While in Italy, Lina discovers some well-kept secrets about her mother's life there and Lina's mysteriously absent father.

Genius: the game
Leopoldo Gout
Dive into a new type of teen-genius novel as Gout pulls you into a roller-coaster of a plot. Hilarious and smart, Cai, Tunde and Rex show readers what the next generation of innovation looks like.

If I Was Your Girl
Meredith Russo
When Amanda moves to Lambertville, Kentucy after a string of bullying incidents led her to attempt suicide all she wants is to lead a normal life, make friends, and generally be happy for once. All of this seems possible until she meets Grant, who causes her to let down the walls around her heart. But the problem is that Amanda's past is haunting her. And in her past, she wasn't Amanda, she was Andrew.
Posted by YA Department @ the East Islip Public Library at 12:00 AM No comments: 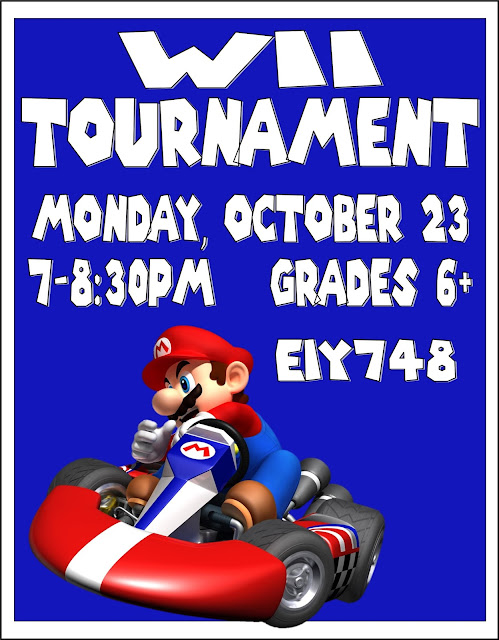 Posted by YA Department @ the East Islip Public Library at 7:30 PM No comments: 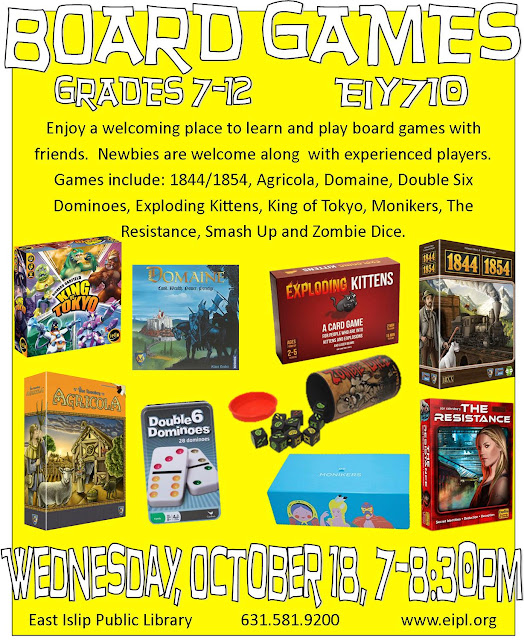 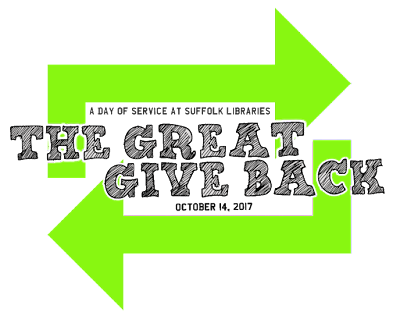 The mission of The Great Give Back is to provide a day of volunteer opportunities for the patrons of Suffolk County to participate in meaningful, service-oriented experiences.

12:00pm - 1:00pm: Assemble items to be given out with Thanksgiving baskets by St. Mary's Outreach program.

2:15pm - 3:30pm: Work with the EIPL Knitting & Crocheting Club to create decorative pom-poms that will be attached to winter hats of all sizes and donated to residents in need.

These volunteer opportunities are open to those in grades 7 through adults; you may participate in these events in addition to the limited three regular opportunities.  Register at the Reference Desk.  Call 631-581-9200 x5 today!
Posted by YA Department @ the East Islip Public Library at 10:00 AM No comments: