The Islip Youth Bureau is currently seeking high school sophomores and juniors who wish to serve as members of the Youth Board.  The Youth Board, which also includes adults, coordinates youth services and development programs and meets five times a year.

A youth board member advocates for youth; influences how youth services are provided; works closely with other civic-minded youth and adults; gains valuable experience as it relates to community collaborations, youth program planning and positive youth development in addition to building a resume for college and careers.

Those high school sophomores and juniors that are interested in the position should contact the Islip Youth Bureau at (631) 224-5320 or email youthbureau@islipny.gov
Posted by YA Department @ the East Islip Public Library at 9:26 AM No comments: 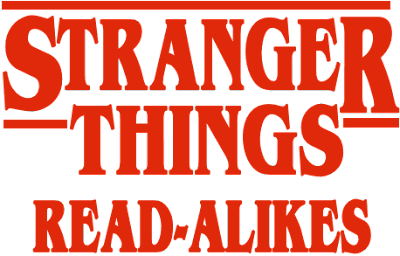 Books that capture the spirit of Stranger things

I am Number Four
Pitticus Lore
Nine of us came here.  We look like you.  We live among you.  But we are not you.  We can do things you dream of doing.  We have powers you dream of having.  We are stronger and faster than anything you have ever seen.  We are the superheroes you worship in movies and comic books -- but are real.  Our plan was to grow, and train, and become strong, and become one, and fight them.  But they found us and starting hunting us first.  Now all of us are running.

The Rest of us Just Live Here
Patrick Ness
What if you aren't the Chosen One? The one who's supposed to fight the zombies, or the soul-eating ghosts, or whatever the heck this new thing is, with the blue lights and the death?  What if you're like Mikey?  Who just wants to graduate and go to prom and maybe finally work up the courage to ask Henna out before someone goes and blows up the high school.  Again.  Because sometimes there are problems bigger than this week's end of the world, and sometimes you just have to find the extraordinary in your ordinary life.  Even if your best friend is worshipped by mountain lions.

Rocks Fall, Everyone Dies
Lindsay Ribar
Like most of his family, Aspen Quick steals private things from people, things that make them who they are, in order to make his life easier.  He might steal someone's sobriety so he can drive home after a party -- or he might steal his crush's desire for his best friend.  He's never really worried how he could be affecting people.  But that changes when he spends the summer in his grandmother's hometown and discovers just how deep the Quick family magic can go and what they are willing to do to keep it secret.

Laura Ruby
Everyone knows how Bone Gap is full of gaps -- gaps to trip you up, gaps to slide through so you can disappear forever.  So when young, beautiful Roza went missing, the people of Bone Gap weren't surprised.  After all, it wasn't the first time that someone had slipped away and left Finn and Sean O'Sullivan on their own.  Just a few years ago, their mother hightailed it to Oregon for a brand-new guy, a brand-new life.  That's just how things go, the people said.  Who are you going to blame?  Finn knows that's not what happened to Roza.  He knows she was kidnapped, ripped from the cornfields by a dangerous man whose face he cannot remember.

Noelle Stevenson
Best friends, Jo, April, Mal, Molly and Ripley spend a fun summer at Lumberjane scout camp where they encounter yetis, three-eyed wolves, and giant falcons while solving a mystery that holds the fate of the world in the balance.

available as eBooks on Overdrive

Wish You Were Dead
Todd Strasser
Madison, a senior at a suburban New York high school, tries to uncover who is responsible for the disappearance of her friends, popular students mentioned in the posts of an anonymous blogger, while she, herself, is being stalked online and in person.

Restless: a ghost's story
Rich Wallace
Frank, a teen-aged ghost who has not been able to move on to a higher realm in the afterlife, tries to connect with his younger brother Herbie, a high school senior who was eight years old when Frank died.

What we Found in the Sofa and how it Changed the World
Henry Clark
Discovering a rare zucchini-colored crayon between the cushions of a mysterious sofa found at their bus stop, River, Freak and Fiona unwittingly embark on a quest to save the world from an alien invasion unleashed by a criminal mastermind.

Coraline
Neil Gaiman
When Coraline steps through the locked door in her family's new flat, she finds a world which caters to her every whim.  When she wants to leave, however, things rapidly change and she must fight a battle of good and evil to safe herself.

Neverwhere
Neil Gaiman
Richard Mayhew's life is forever changed after he rescues a young girl named Door and finds himself living in a city of monsters, saints, murderers, and angels, and he must help Door on her mission to save this strange underworld kingdom from destruction.

It
Stephen King
They were seven teenagers when they first stumbled upon the horror.  Now they are grown-up men and women who have gone out into the big world to gain success and happiness.  But the promise they made twenty-eight years ago calls them to reunite in the same place where, as teenagers, they battled an evil creature that preyed on the city's children.
Posted by YA Department @ the East Islip Public Library at 4:06 PM No comments: