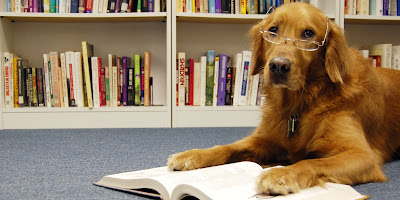 The Summer Reading Club has ended but that doesn't mean you have to stop reading!  With three weeks left of summer vacation there is still plenty of time to get in at least one more book.  Take a look at what has been recently added to the collection:

The Upside of Unrequited / Becky Albertelli
Avoiding relationships to protect her sensitive heart, plus-sized Molly supports her once-cynical twin, Cassie, when the latter has her out bout of lovesickness, a situation that is complicated by sibling dynamics and an unexpected romantic triangle.

North of Happy / Adi Alsaid
A wealthy dual citizen of Mexico and the United States rebels against his family's strict plans for his future in the aftermath of his older brother's tragic death, an event that compels him to secure a job with his favorite celebrity chef, a relationship that becomes complicated when he falls for his boss's daughter.

Antisocial / Jillian Blake
A high-action whodunit set in the age of social media finds Alexandria Prep senior Anna struggling with loneliness after being dumped by her boyfriend, a situation that is complicated by a mysterious culprit's efforts to hack messages and leak embarrassing photos of the school's popular kids.

The Last Magician / Lisa Maxwell
In an alternate version of present-day Manhattan, magic is dying, and Esta, a Mageus with a talent for manipulating time, travels back to 1901 to stop the destruction of a book that can possibly restore magic, but in Old New York, Esta must navigate gangs, secret societies, and her feelings for another magician in order to save the future of magic.

The Unlikelies / Carrie Firestone
Sadie Sullivan's pre-senior year summer changes for the better when she and four other teens band together to right local wrongs, but the Unlikelies and their heady new friendships soon face obstacles that could tear them apart.

Looking for Group / Rory Harrison
Dylan, a teen in remission from cancer, embarks on a mysterious ocean adventure in the hope of making a connection with Arden, his online best friend, who is secretly discovering the gender identity her father refuses to acknowledge.

Refugee / Alan Gratz
Although separated by continents and decades, Josef, a Jewish boy living in 1930s Nazi Germany; Isabel, a Cuban girl trying to escape the riots and unrest plaguing her country in 1994; and Mahmoud, a Syrian boy in 2015 whose homeland is torn apart by violence and destruction, embark on harrowing journeys in search of refuge, discovering shocking connections that tie their stories together.

Grendel's Guide to Love and War / A. E. Kaplan
Tom Grendel lives a quiet life - writing in his notebooks, mowing lawns for his elderly neighbors and pining for Willow, a girl next door who rejects the "manic-pixie-dream" label. But when Willow's brother, Rex (the bro-iest bro to ever don a jockstrap), starts throwing wild parties, the idyllic senior citizens' community where they live is transformed into a war zone. Tom is rightfully pissed - hid dad is an Iraq vet, and the noise from the parties triggers his PTSD - so he comes up with a plan to end the parties for good.

Pointe, Claw / Amber J. Keyser
After eight years of separation childhood best friends are reunited. One is studying to be a professional ballerina, the other has a rare disease that is rapidly taking its toll.

When I Am Through With You / Stephanie Kuehn
A simple mountain hike in Northern California turns deadly for a group of high school students, one of whom has killed before.

The Names They Gave Us / Emery Lord
When her perfectly planned summer of quality time with her parents, her serious boyfriend, and her Bible camp unravels and long-hidden family secrets emerge, Lucy must figure out what she is made of and what grace really means.

When Dimple Met Rishi / Sandhya Menon
When Dimple Shah and Rishi Patel meet at a Stanford University summer program, Dimple is avoiding her parents' obsession with "marriage prospects" but Rishi hopes to woo her into accepting an arranged marriage with him.

One of Us is Lying / Karen M. McManus
When the creator of the high school gossip app mysteriously dies in front of four high-profile students all four become suspects. It's up to them to solve the case.

Radio Silence / Alice Oseman
A studious girl and quiet, straight-A boy start a controversial podcast together that challenges their courage and forces them to confront issues in the form of backlash and censorship.

Felix Yz / Lisa Bunker
Thirteen-year-old Felix Yz chronicles the final month before an experimental procedure meant to separate him from the fourth-dimensional creature, Zyx, with whom he was accidentally fused as a child.

Words on Bathroom Walls / Julia Walton
Adam is a recently diagnosed schizophrenic and journals to his therapist about his family, friends and first loves as he undergoes a new drug trial for the mental illness that allows him to keep his secret for only so long.

We Now Return to Regular Life / Martin Wilson
When fourteen-year-old Sam Walsh returns home after three years in the custody of a kidnapper, his older sister Beth and childhood friend Josh must deal with survivors' guilt, their memories of what really happened the day Sam disappeared, and with the fact that Sam is not the boy they remember, but a troubled teen struggling to re-adapt to normal life.
Posted by YA Department @ the East Islip Public Library at 12:00 AM No comments: 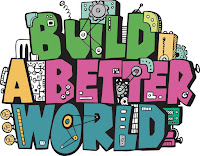 There is one week left to participate in the Summer Reading Club and voting for the Photography Contest.

Make sure to stop by the library to report on the books you've read and cast a vote for your favorite photo in the Teen Bistro.