Check out our
new YA books!

Wise Young Fool / Sean Beaudoin
An angry young alternative-rock musician recounts the losses and disappointments that preceded his 90-day term in a juvenile detention center, from his mother's gay relationship and his aggressive pursuit of a crush to a battle of the bands competition and his late sister's final haunting words.

Entangled/ Amy Rose Capetta
Seventeen-year-old Cade is a fierce survivor, solo in the universe with her cherry-red guitar.  or so she thought.  Her world shakes apart when a hologram named Mr. Niven tells her she was created in a lab in the year 3112, then entangled at a subatomic level with a boy named Xan.  Cade's quest to locate Xan joins her with an array of outlaws on a galaxy-spanning adventure.  And once Cade discovers the wild joy of real connection, there's no turning back.

Thin Space / Jody Casella
Consumed by guilt and secrets about his twin brother's death, Marsh Windsor is looking for a thin space--a place where the barrier between this world and the next is thin enough for a person to cross over--in hopes of setting things right.

Freak Boy / Kristin Clark
Told from three viewpoints, seventeen-year-old Brendan, a wrestler, struggles to come to terms with his place on the transgender spectrum while Vanessa, the girl he loves, and Angel, a transgender acquaintance, try to help.

Tumble & Fall / Alexandra Coutts
The world is living in the shadow of oncoming disaster. An asteroid is set to strike the earth in just one week’s time; catastrophe is unavoidable. The question isn’t how to save the world—the question is, what to do with the time that's left? Against this stark backdrop, three island teens wrestle with intertwining stories of love, friendship and family—all with the ultimate stakes at hand.

Swagger / Carl Deuker
When high school senior Jonas moves to Seattle, he is glad to meet Levi, a nice, soft-spoken guy and fellow basketball player. Suspense builds like a slow drumbeat as readers start to smell a rat in Ryan Hartwell, a charismatic basketball coach and sexual predator. When Levi reluctantly tells Jonas that Hartwell abused him, Jonas has to decide whether he should risk his future career to report the coach.

If I Ever Get Out of Here / Eric Gansworth
Seventh-grader Lewis "Shoe" Blake from the Tuscarora Reservation has a new friend, George Haddonfield from the local Air Force base, but in 1975 upstate New York there is a lot of tension and hatred between Native Americans and Whites—and Lewis is not sure that he can rely on friendship.

Reality Boy / A.S. King
Haunted by his past as a child reality television celebrity, teen Gerald Faust struggles with violent anger that has relegated him to a very lonely world and the special education program at school, where he starts to feel dangerously close to snapping--until he chooses to create possibilities for himself that he never knew he deserved.

Torn / David Massey
In battle-scarred Afghanistan, a girl walks right into a hail of bullets: Elinor watches it with her own eyes. The young British Army medic risks the line of fire to rescue her, only to realize the girl is gone.  To find the missing, mysterious child, Elinor enlists the help of an American Navy SEAL.  Elinor came to Afghanistan with the hope of changing hearts and minds; what she's about to discover will make her question everything she ever believed about love and war.

Parallel / Lauren Miller
A collision of parallel universes leaves eighteen-year-old Abby Barnes  living in a new version of her life every day, and she must race to control her destiny without losing the future she planned and the boy she loves.

Are You Experienced? / Jordan Sonnenblick
Frustrated by his inability to learn the truth about a beloved uncle's death years earlier, fifteen-year-old guitarist Rich accidentally travels back in time to his father's youth and attends Woodstock in 1969, where he witnesses a tragic event.

Juvie / Steve Watkins
Working hard to be a contributing member of her family, Sadie accepts blame for her sister's drug deal to keep the latter out of prison and finds everything she worked for, from her educational prospects and star position on the basketball team to her relationship with her boyfriend, threatened by a six-month sentence that tests her irresponsible sister's character.

Roomies / Sara Zarr & Tara Altebrando
While living very different lives on opposite coasts, seventeen-year-old Elizabeth and eighteen-year-old Lauren become acquainted by email the summer before they begin rooming together as freshmen at UC-Berkeley.

Please note that these books vary in content and maturity level.
Click on any title above to request your copy today!
Posted by YA Department @ the East Islip Public Library at 12:49 PM No comments: 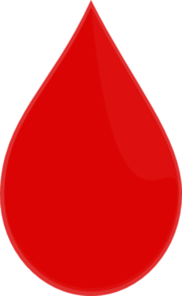 Did you know:
Representatives will be here from the American Red Cross to take donations of blood on Thursday, January 23 from 2-7pm.  Please do your part in helping to maintain the nation's supply of blood.  New York State allows donors as young as sixteen with parental consent; click here for the Sixteen Year Old Donation Form.

Walk-ins are welcome, or, you may visit American Red Cross to schedule an appointment.
Posted by YA Department @ the East Islip Public Library at 12:00 AM No comments:

Registration for East Islip Library cardholders begins today at 9am. (Out of district cardholders may register starting Thursday, January 16, 2014.)  You may sign up, with your library card, online, in person or by telephone (unless otherwise noted).

Teen Advisory Board (TAB)  EIY706
Tuesday, January 7, 2014, 7-8pm, Grades 7-12
Tuesday, February 4, 2014, 7-8pm, Grades 7-12
Join your fellow teens for a lively discussion about books, library programs, music, gaming and everything in between.  Think you have an idea to make the library's YA department even more exciting?  Then come to a meeting and share your thoughts.  Tasty snacks are served and each participating member will receive one hour of community service.

Cupcake Wars  EIY713
Thursday, January 16, 2014, 5:30-6:15pm, Grades 5+
Join us for this fun and friendly competition.  Teams will work together, competing with vanilla cupcakes.  Taste...presentation...how far will your team go? 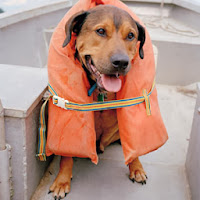 New York Safe Boating Class  EIY703
Tues, February 19 (6-9pm), Wed, February 20 (6-9pm), Thurs, February 21 (7-9pm)
Ages: 10+       Fee: $50 CASH per person
Why wait until the last minute to get your boating license?  Recent New York State law requires that anyone born on or after May 1, 1996, must obtain a boating license; this supersedes last year's Suffolk County law that requires all boaters to obtain a license.  Additionally, all persons operating persona watercraft (Jet Skis) must have a boating certificate and be at least 14-years-old.  So come in from the cold and take this class to get it out of the way; the license earned in this class is good for both boats and Jet Skis and will last for a lifetime.  You must attend all three classes to obtain a certificate.  Please bring your library card and exact change when you register at the Reference Desk.


And don't forget about the variety of volunteer opportunities available to EIPL cardholders in grades 7-12.
Posted by YA Department @ the East Islip Public Library at 12:00 AM No comments: 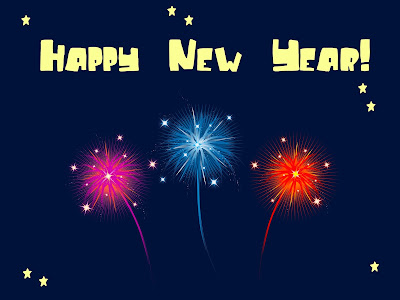