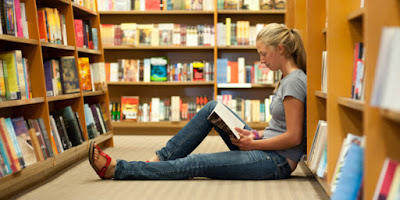 There's still time to get in some reading before school starts back up.  Take a look at one of our new books:

Life Inside my Mind: 31 authors share their personal struggles
Have you ever felt like you just couldn't get out of bed? Do you find yourself listening to a voice in your head that says "you're not good enough," "not good looking enough," "not thin enough," or "not smart enough"?  You're not alone. Millions of people are going through similar things, however, issues around mental health still tend to be treated as something shrouded in  shame or discussed in whispers.  Life Inside my Mind is an anthology of true-life events from writes of this generation for this generation.

The History of Jane Doe / Michael Belanger
Ray, a history buff expert on the legends and lore of his rural Connecticut hometown, becomes obsessed with uncovering the mysterious past of an inscrutable newcomer whose friendship becomes something more before an unthinkable event forces Ray to reevaluate what he has learned from a more human perspective.

Starry Eyes / Jenn Bennett
When teens Zorie and Lennon, a former couple, are stranded in the California wilderness together, they must put aside their differences, and come to terms with lingering romantic feelings, in order to survive.

A Girl Like That / Tanaz Bhathena
In Jeddah, Saudi Arabia, sixteen-year-old half-Hindu/half-Parsi Zarin is the class troublemaker and top subject for the school rumor blogs, regularly leaving class to smoke cigarettes in cars with boys, but she also desperately wants to grow up and move out of her aunt and uncle's house, perhaps realizing too late that Porus, another non-Muslim Indian who risks deportation but remains devoted to Zarin, could help her escape.

All That I Can Fix / Crystal Chan
In Makersville, Indiana, people know all about fifteen-year-old Ronney -- he's from that mixed-race family with the dad who tried to kill himself, the pill-popping mom, and the genius kid sister.  Can Ronney figure out a way to hold it together as his worlds fall apart?

Freshmen / Tom Ellen
Relates, in two voices, the experiences of Luke and Phoebe, who attended the same high school and are now experiencing the joys and angst of life as college freshmen in York, England

I Have Lost my Way / Gayle Forman
A talented singer who is losing her voice, a gay teen on the brink of running away to find the boy he loves and a city newcomer reeling from a tragedy collide in Central Park and gradually reveal to each other the losses that have made them feel out of control.

How we Roll / Natasha Friend
An extroverted teen who has been abandoned by all of her friends because of her alopecia and a former star football player who has lost his legs in a freak accident find healing and the confidence to be themselves again through a friendship with each other that gradually becomes something more.

Autonomous / Andy Marino
William wins a driverless car that takes him and his friends on a cross-country trip with a customized itinerary that will expose a few well-kept secrets, but will also force William to face some of his inner demons.

I am Still Alive / Kate Alice Marshall
Stranded in the woods with few supplies and survival skills, a disabled girl and her dog fervently prepare for the coming winter while evaluating how her mother's death, a dysfunctional foster-care system and her survivalist father led to her predicament.

What I Leave Behind / Alison McGhee
Since his father's suicide, Will, sixteen, has mainly walked, worked at Dollar Only, and tried to replicated his father's cornbread recipe, but the rape of his childhood friend shakes things up.

A Lite Too Bright / Samuel Miller
Losing his college scholarship and sent to live with relatives in the wake of unsettling mental breaks from reality, Arthur Louis Pullman III discovers a journal written by his famous author grandfather, an Alzheimer's patient who died under mysterious circumstances after a fateful week spent traveling across the country by train.

Anger is a Gift / Mark Oshiro
Moss Jeffries is many things - considerate student, devoted son, loyal friend and affectionate boyfriend, enthusiastic nerd. But sometimes Moss still wishes he could be someone else - someone without panic attacks, someone whose father was still alive. And most of all, he wishes he didn't feel so stuck. Something will have to change - but who will listen to a group of teens? When tensions hit a fever pitch and tragedy strikes again, Moss must face a difficult choice: give in to fear and hate or realize that anger can actually be a gift.

Sunny / Jason Reynolds
Sunny, the Defenders' best runner, only runs for his father, who blames Sunny for his mother's death, but with his coach's help Sunny finds a way to combine track and field with his true passion, dancing.

When my Heart Joins the Thousand / AJ Steiger
Alvie Fitz doesn't fit in, and she doesn't care. She's spent years swallowing meds and bad advice from doctors and social workers. Adjust, adapt. Pretend to be normal. It sounds so easy. If she can make it to her eighteenth birthday without any major mishaps, she'll be legally emancipated. Free. But if she fails, she'll become a ward of the state and be sent back to the group home.

The Sidekicks / Will Kostakis
Ryan, Harley and Miles are very different people - the swimmer, the rebel and the nerd. All they've ever had in common is Isaac, their shared best friend. When Isaac dies unexpectedly, the three boys must come to terms with their grief and the impact Isaac had on each of their lives. In his absence, Ryan, Harley and Miles discover things about one another they never saw before, and realize there may be more tying them together than just Isaac.

Posted by YA Department @ the East Islip Public Library at 11:12 AM